The intent of the law is to prevent discriminatory pay practices by requiring employers to be transparent about the salary range for posted job opportunities. However, soon after its passage, concerns were raised about the law being vague and leaving open questions about its implementation by its then-effective date of May 15, 2022. 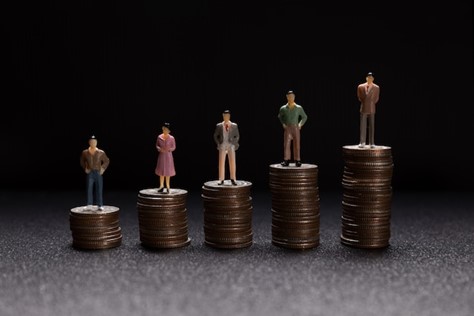 These concerns were taken into account in an amendment to the law which NYC Mayor Eric Adams signed into law on May 12, 2022. The amendment, which extended the law’s effective date to November 22, 2022, retains the law’s primary purpose of requiring that employers state the minimum and maximum salary range which the employer “in good faith believes at the time of the posting it would pay for the advertised job, promotion or transfer opportunity.” However, the amendment clarifies that this requirement applies to both hourly as well as salaried positions, and therefore an employer must disclose the minimum and maximum annual salary for salaried positions, or the hourly wage for positions paid on an hourly basis.

Although some business interests pushed for requiring that the law apply to employers employing at least 15 employees, this idea was rejected. The amended law continues to apply to employment agencies, employers, or employees or agents thereof as defined in Title 8. The term “employer” is defined in Title 8 (other than for gender-based harassment) as including employers with 4 or more employees.  N.Y.C. Admin. Code §8-107(1). Title 8 also defines the term “employment agency” as “any person undertaking to procure employees or opportunities to work.” Id.  However, the amended law continues to exempt temporary help firms’ job postings for temporary employment. The amendment also added that the law does not apply to any positions “that cannot or will not be performed, at least in part, in the city of New York.”

In addition, the amendment limits the individual right of action: only current employees can sue employers who violate this new law. While this would eliminate a job applicant’s ability to sue their potential employer for a violation, it does not preclude job applicants from reporting violations to the NYC Human Rights Commission, which may then investigate and impose penalties on the offending employers.  The amendment also provides a safe harbor provision for employers for a first violation, if the employer provides satisfactory proof to the Commission that the violation has been cured within 30 days of a complaint. After that first chance, however, subsequent violations could potentially result in stiff penalties for employers of up to $125,000 per violation, or up to $250,000 for a “willful, wanton or malicious” violation. (N.Y.C. Admin. Code §8-126).

The takeaway is that NYC employees should benefit by this pay transparency law, since it will give them information to better negotiate a starting salary, and it will be clear where their pay falls within the posted range. All of this can help to close the gender and other discriminatory pay gaps.