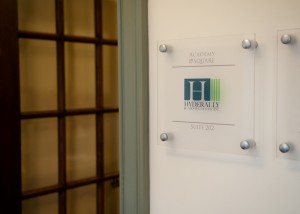 Mr. Hyderally has several cases currently in litigation and/or arbitration. He has litigations currently pending in New Jersey State and Federal Court as well as New York State and Federal Court. Furthermore, he has several arbitrations currently pending before the American Arbitration Association in New York. He also currently has matters pending before the EEOC, Division of Civil Rights, the Department of Labor and Unemployment wherein he represents the employer and employees.

Mr. Hyderally also does Appellate work and has several matters that are currently pending before the New Jersey Appellate Courts. Furthermore, he has published opinions from the New Jersey Supreme Court.

Mr. Hyderally's current case load includes his representation of the Union City Employees' Association comprised of over 800 members. He represents unions and employees in arbitrations before Public Employment Relations Commission, the NLRB, and The Merit Systems Protection Board.

Mr. Hyderally has a varied and extensive case load presently in litigation.

Some examples of this case load are as follows:

An attorney complained of billing fraud to the managing partner of one of the nation's largest law firms, headquartered in New York, with offices in New Jersey, Los Angeles, Washington D.C., Boston, Boca Raton, New Orleans, and Paris, France. The attorney was terminated days later.
A group of employees were forced to sign an employment agreement with onerous restrictive covenants. The employees, who are spread out around the country, refused to sign the agreement and were terminated by their employer who is headquartered in Chicago, Illinois.
A plaintiff worked in New Jersey for a construction company that refused to pay him his commissions and wages.
An employee worked for an international corporation where he was called a racist slur to his face by another employee. The employer demanded that the employee sign a statement to minimize the incident. The employee refused and was terminated.
A wage case where the employer continually refused to pay plaintiff overtime or her wages in a bi-weekly fashion as required in New Jersey.
A sexual harassment case of a young girl who received sexual advances by a much older supervisor in one of the franchises of a large fast food restaurant.
A long time employee who was terminated after she informed her employer that she was pregnant.
A man who suffered from autism and worked for a large hotel chain for over 20 years was let go after new management came in and decided, after a few months, that this individual was not able to perform his job.
Two women who worked for a large food store were repeatedly sexually harassed by a store manager. They brought their complaints to their supervisor and were subsequently terminated and constructively discharged after the company refused to do anything about their complaints.
A large law firm with issues surrounding former and present clients.
A man suffered a panic attack and requested accommodation from a large international delivery company. The company denied the accommodation and terminated him.
A senior level executive interviewed for a job with a large New York financial institution. The Director of Human Resources informed the client that he would have better luck getting jobs if he was not so obese. The Director then likened success in interviewing with success in dating.
A senior level executive negotiating a severance package with an international company headquartered out of the Netherlands.
An employee who was terminated by a utilities company after he advised them of a mental disability.
A senior level executive who used to reside in China and was seeking to obtain his security clearance through the United States Government.
A Hudson County corrections officer who was terminated after she requested accommodation due to her requiring surgery to remove Fibroid Tumors.
A South African woman who was taken advantage of by a United States company who represented that they would pay this woman a certain wage in H1-B papers to the INS and then paid her a lesser wage when she arrived to the United States.
A woman who worked for a large pharmaceutical company and needed to limit her work day to 8 hours per day due to her Narcolepsy. The company refused the accommodation and terminated her.
A private investigator was provided a written employment agreement to work for an investigation company in the United States. She left her home in Spain to travel to the United States to begin work. When she arrived, the company refused to pay her under the employment agreement.
A Union City policeman backed a certain mayoral candidate and was a commissioner under that candidate. When the adverse mayor came into power, the policeman was demoted and transferred.
A school teacher in Morris County was forcibly terminated after two decades of working for the school system. A review of the school system's hiring and firing reflects a marked propensity to hire younger employees and fire older employees.
A 14 year veteran with a multi-state drug testing company who was terminated after she returned from a high risk pregnancy that aggravated her condition of Lupus.
An employee who is being sued by a woman who accuses him of sexual harassment.
A woman who worked for a large New York stock company who was terminated the day before she was to return from her pregnancy leave. While she was on Family Medical Leave, the company hired another employee who subsequently replaced her.
A paralegal who worked for a law firm had to take a day off from work due to a biopsy. The law firm then advised her to look for work elsewhere. She retained an attorney who sent a letter to the firm stating it would initiate legal action against the law firm. The law firm terminated the paralegal.
A Jersey City Police Officer who is being retaliated against because he supported the former Police Commissioner who was ousted when the new Mayor took over.
A county employee who complained that her supervisor assaulted her. After her complaint, she was transferred.
A low level worker worked over 40 hours. The company paid him straight time over 50 hours. The employee complained that the company was not following the over time regulations. The company terminated the individual.
A building superintendent was hired when she was married. She got a divorce and thus became a single mother. The company terminated her because of the change in her marital status and replaced her with a married couple.
An employee required the modest accommodation of sitting down after several hours of work due to his disability. The company refused his request and terminated him.
A woman interviewed for a city job. The high level city employee directed the woman to go to lunch with him as part of the interview. After lunch, the city employee attempted to sexually molest the woman. The woman filed police charges against the city employee. The city never offered the woman a position.
As this review reflects, the firm is extremely comfortable litigating against small, mid-sized, or large employers.

The Firm does offer abbreviated telephone consultations to have a preliminary discussion about your legal matter. To schedule such a consultation, kindly call the office at (973) 509-8500, and ask for Ty Hyderally.