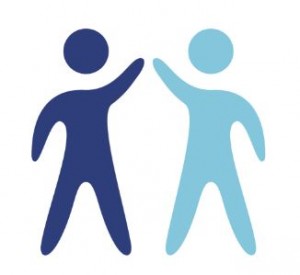 Are you a cashier who works at one location of a nation-wide chain of fast food restaurants? Or a security supervisor at a retail store who oversees and directs the work of security guards supplied by a subcontractor? Perhaps you are an office cleaner who works at a building assigned by a temporary employment agency. Many employees work in a single role but are simultaneously employed by more than one employer. Under what is known as the “joint employer doctrine,” the cashier, security officer, and office cleaner may be considered employees of two employers.

The National Labor Relations Board (“NLRB”), a federal agency that enforces the National Labor Relations Act (“NLRA”), is again changing the standards for determining who exactly is a “joint employer.” On September 14, 2018, the NLRB published a proposed rule in the Federal Register, a daily publication of the United States federal government which issues administrative regulations of federal agencies. The proposed rule would restore a prior, more employer-friendly joint-employer standard that existed before 2015.

The proposed rule, subject to a 60-day comment period, provides that an employer may be a joint employer of another employer’s employees, “only if the two employers share or codetermine the employees’ essential terms and conditions of employment, such as hiring, firing, discipline, supervision and direction.” The determining factor is that the employer “must possess and actually exercise substantial direct and immediate control” over the employee’s employment.

In 2015 the NLRB adopted a more flexible joint employer standard, articulated in Browning-Ferris Industries of California, Inc., 362 NLRB No. 186 (Aug. 27, 2015). In that case, the NLRB held that an alleged joint employer does not need to exercise control “directly and immediately,” and adopted a more lenient standard that considered. “all of the incidents of the relationship.” This approach affords employees greater opportunities of bringing actions against both employers when faced with employment discrimination, unfair labor practices or any unlawful acts by employers in the workplace.

The current administration sought to restore the traditional joint employer analysis in December 2017 when the NLRB overruled Browning-Ferris in its decision of Hy-Brand Industrial Contractors, 365 NLRB No. 156, making it a requirement to prove that an employer “actually exercised joint control over essential employment terms” and that the control “must be direct and immediate.” This standard makes it more difficult for employees to hold both employers accountable for violations in the workplace. In February 2018, though, the Hy-Brand decision was vacated when the NLRB’s inspector general issued a report concluding that one of the NLRB majority’s members should have recused himself and not participated in the decision due to a conflict of interest, moving the joint employer analysis back to the factors of Browning-Ferris.

Once again, the NLRB may be able to overturn Browning-Ferris, making it very challenging for employees and unions to bring claims against joint employers. If you have any questions or concerns regarding how the NLRB’s definition of joint employer may affect your employment, you may want to consider contacting an employment lawyer.