Another Big Win for Disabled Employees in NJ!

Another Big Win for Disabled Employees in NJ!

The New Jersey Supreme Court championed the rights of disabled employees in a case we discussed in an earlier blog.  On June 11, 2019, in the published decision of Richter v. Oakland Bd. Of Education, 2019 N.J. Super. LEXIS 84, the Appellate Division (1) liberally construed the New Jersey Workers Compensation Act (“WCA”) to afford employees greater protections and damages; and (2) eased the standards required for a prima facie claim of failure to accommodate a disability under the New Jersey Law Against Discrimination (“LAD”).  See “A Big Win for Disabled Employees in NJ!” dated June 17, 2019. (https://www.employmentlit.com/2019/06/17/a-win-for-disabled-employees-in-nj/). 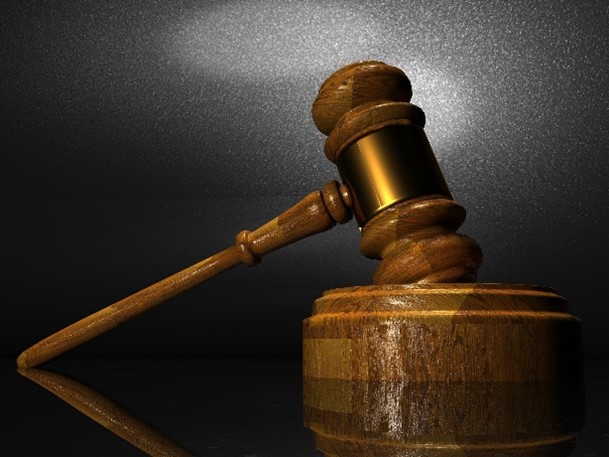 Even though Ms. Richter had not been terminated, nor suffered any other adverse employment action, the Appellate Division held that she could nevertheless pursue a claim for failure to accommodate under the LAD against the Oakland Board of Education and school principal, Gregg Desiderio.  In so holding, the Appellate Division primarily relied upon two prior New Jersey Supreme Court opinions, Victor v. State, 203 N.J. 383 (2010), and Royster v. NJ State Police, 227 N.J. 482 (2017).  In Victor, the Supreme Court opined that the “right set of facts” which would eliminate a need to show an adverse action would be that in which the employer’s “failure to accommodate forced the employee to soldier on without a reasonable accommodation,” or otherwise “cry out for a remedy.”  Victor at 421-22.  In Royster, the Supreme Court recited the standard to establish a failure to accommodate claim, and left out the requirement of any adverse action.  Despite the fact that these cases did not expressly support the appellate court decision in Richter, the Appellate Division used these two cases to conclude that “Richter’s claim for failure to accommodate her diabetes disability should not have been dismissed on summary judgment based on a lack of adverse employment action.” Richter, 2019 N.J. Super. LEXIS 84, *17.

In addition, the Appellate Division held that Ms. Richter could “present her bodily injury claims directly arising from her LAD claim to the jury.” Id. at *29.  The Appellate Division rejected Defendants’ argument that Richter should not be able to recover for her bodily injury claims because the WCA bars employees from suing their employers for personal injuries, except in the rare circumstance where the employer’s conduct constitutes an “intentional wrong.”   Rather, the Appellate Division held that presentation of Ms. Richter’s personal injury claim in her LAD action was not barred by the WCA, because the school principal intentionally refused Richter’s accommodation request, and it was “substantially certain” that Ms. Richter could suffer a hypoglycemic event that could cause bodily injuries.  Id. at *28.

Defendants appealed the decision to the New Jersey Supreme Court, which granted Defendants’ petition for certification limited to “‘whether an employee alleging discrimination for failure to accommodate a disability, pursuant to the [LAD], is required to show an adverse employment action; and whether plaintiff’s claim is barred by the exclusive remedy provision of the [WCA].’” Richter v. Oakland Bd. Of Education Board of Education, 2021 N.J. LEXIS 548, *25, citing 240 N.J. 58 (2019).

On June 8, 2020, the New Jersey Supreme Court, affirmed the rulings of the Appellate Division and held that: (1) “[a]n adverse employment action is not a required element for a failure-to-accommodate claim under the LAD” and (2) “plaintiff’s LAD claim based on defendants’ alleged failure to accommodate her pre-existing diabetic condition is not barred by the WCA, and plaintiff need not filter her claim through the required showings of the ‘intentional wrong exception.’” Id. at *4.

The New Jersey Supreme Court observed that although the LAD “does not explicitly address a reasonable accommodation requirement or claim,” case law has developed and defined the elements of a failure to accommodate claim under the LAD.  Id. at *26.   In addition, in 1985, the New Jersey Legislature enacted N.J.A.C. 13:13-2.5(b), a regulation which provides that “unless it would impose an undue hardship on the operation of the business, an employer must make a reasonable accommodation to address the limitations of an employee who is a person with a disability.” Id. at *27.  Further, similar to the Appellate Division, the New Jersey Supreme Court took notice in Richter of its prior opinions in Victor and Royster, as well asits findings in Carabello v. City of Jersey City Police Dept. 237 N.J. 255 (2019).

The Court then addressed Defendants’ contention that an employee who suffers injuries due to the employer’s failure to accommodate cannot recover personal injury damages, based upon the WPA being the exclusive remedy for workplace injuries, absent showing that the employer committed an “intentional wrong.”  The Richter Court considered that in 1990, the Legislature was aware of the WPA’s exclusive remedy provision when it chose to amend the LAD to add all common law remedies available in tort actions and “stated its clear intent that the LAD should be treated as supplemental to other remedies.”  Id. at *52.  The Richter Court further expressly approved the binding nature of the opinion in Schmidt v. Smith, 294 N.J. Super. 569, 585-586 (App. Div. 1996), aff’d, 155 N.J. 44 (1998), in which the Appellate Division found that “there is no language in the LAD that mandates that claims made by employees against employers under it may only be brought under the [WPA]. Indeed, the Legislature’s intent in enacting the LAD appears otherwise. Its intent was to have the LAD broadly applied and liberally construed.” Richter, at *54.  Thus, the Richter Court held that “the WCA’s exclusive remedy provision does not attach to Richter’s LAD claim.”  Id.

The Richter Court further rejected Defendants’ assertion that permitting a claim for personal injury damages in Richter’s LAD claim for failure to accommodate would result in a double recovery to the Plaintiff.  Rather, the Richter Court held that double recovery is prevented by way of a worker’s compensation lien under the WPA, which bars receipt of duplicate damages. Id. at *58.