Can you Be Fired for Transitioning at Work? 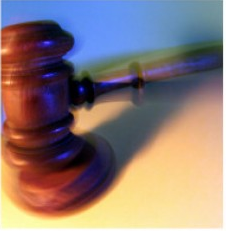 New Jersey’s relatively recent ban on gay conversion therapy for minors went into effect on August 19, 2013 (the “Act”).[1] The Act was passed after numerous legislative findings regarding the harmful effects of Sexual Orientation Counseling Efforts (“SOCE Counseling”) that seek to change sexual orientation. The Act is also the result of wide-spread recognition that “being lesbian, gay, or bisexual is not a disease, disorder, illness, deficiency, or shortcoming,” a fact that “major professional associations of mental health practitioners and researchers in the United States have recognized … for nearly 40 years.” King v. Governor of N.J., 767 F.3d 216, 221-22 (3d Cir. N.J. 2014), citing N.J. Stat. Ann. § 45:1-54.

Since its passage, the Act has withstood a number of constitutional challenges. In September 2014, the Third Circuit Court of Appeals rejected a constitutional challenge to the Act by licensed New Jersey counselors asserting that the Act violated their First Amendment rights to free speech and freedom of religion. King, supra. Because the counselors’ speech was “professional speech,” the King Court applied an “intermediate scrutiny” standard to determine whether the Act’s restricting that speech was constitutional.  Under this test, the Act passes muster “only if it directly advances the State’s substantial interest in protecting clients from ineffective or harmful professional services, and is not more extensive than necessary to serve that interest.” Id. at 235 (internal quotation marks and citation omitted). The King Court determined that the Act passed this test because it found that “the State has an ‘unquestionably substantial’ interest in protecting citizens from harmful professional practices, and that this interest is even stronger where the citizens protected are minors, ‘a population that is especially vulnerable to such practices.’” Id. at 237-38. The King Court thus ruled that “the State met its burden of demonstrating that SOCE Counseling posed harms that were real, not merely speculative.” Id. at 238.

In the final step of its analysis, the King Court rejected the argument that requiring “that minor clients give their informed consent before undergoing SOCE counseling” would adequately serve the State’s interests, as minors are “especially vulnerable” and they might “feel pressured to receive SOCE counseling by their families and their communities.” Id. at 239-240.  The King Court also rejected the counselors’ free exercise of religion claim, under the less stringent “rational basis” standard, finding no merit to the argument that the Act “covertly targets religiously motivated conduct.” Id. at 242.

The Third Circuit Court of Appeals recently dismissed another suit challenging the constitutionality of the Act brought on behalf of a teenager who had been receiving gay conversion therapy before the Act went into effect.  Doe v. Governor of New Jersey, 2015 U.S. App. LEXIS 5942 (3d Cir. N.J. Apr. 13, 2015). Similar to the plaintiffs in King, the parents in Doe alleged that the Act violated their First Amendment right to receive information, their First Amendment right to the free exercise of religion, and their fundamental parental rights.  John Doe was a fifteen-year-old boy who claimed that he has struggled with “unwanted same-sex attractions” and with “confusion about [his] gender identity” and that this caused “suicidal thoughts, self-hatred, anxiety, and panic attacks.” The plaintiffs’ family had “sincerely-held religious beliefs that homosexuality is wrong and sinful.” Id. at 9.

The plaintiffs in Doe also raised the argument that the Act violates their fundamental right to direct the upbringing of their child. Id. at 13. While the Court recognized that the Due Process Clause of the Fourteenth Amendment protects the fundamental right of parents to make decisions concerning the care, custody, and control of their children, it found that this right may not be extended to a right to demand that the State make available a particular form of treatment the State has deemed harmful.  Id.

While the Act has not yet been challenged in the New Jersey State Courts, it is likely that the State Courts will rely upon the reasoning of the United States Court of Appeals for the Third Circuit in King and Doe to uphold the Act.  Recently, the Law Division cited King with approval in its decision barring as unreliable any expert opinion based on the premise that homosexuality is a mental disorder or abnormal. Ferguson v. JONAH, 2015 N.J. Super. Unpub. LEXIS 236, 28-29 (Law Div. Feb. 5, 2015).

Hostile Work Environment Claims Against Lakewood Township Are Going to a Jury!