What are Your Rights as a Breastfeeding Mother in New Jersey? 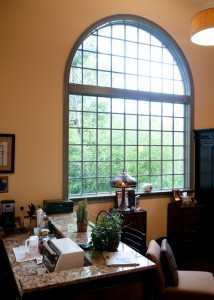 For years, New Jersey has had one of the strongest laws in the country protecting whistleblowers in the workplace. The New Jersey Conscientious Employee Protection Act, N.J. Stat. § 34:19-1, also known by its acronym “CEPA,” or the “Whistleblower Act,” protects employees, who report on their employers’ violations of the law or public policies, from being retaliated against by their employers. This is true whether the employee works for a private or a public company or organization.

In order to be protected under CEPA, the employee must further prove that his or her employer took some sort of adverse action against him or her, such as a termination or demotion, because the employee blew the whistle on the employer’s illicit activities.

Let’s take for example, a licensed practical nurse who works for a New Jersey nonprofit center that services developmentally disabled adults. The nurse is fired after she complains to her supervisors that the center has been engaging in conduct that she believes is endangering the safety of the developmentally disabled adults. Under New Jersey’s Whistleblower Act, this nurse may have a legal cause of action against her employer.

Enacted nearly 30 years ago, New Jersey’s Whistleblower Act is based on the public policy of wanting to encourage and protect whistleblowers, and to discourage employers from engaging in illegal conduct. CEPA’s protection goes beyond that afforded by federal statutes, and such broad and comprehensive protection is not the standard in other states. In fact, New York’s counterpart whistleblowing provision is much more limited than New Jersey’s. Section 740 of the New York Labor Law only prohibits an employer from retaliating against an employer who reports a violation that “creates and presents a substantial and specific danger to the public health or safety.” N.Y. Labor L. 740(2)(a).

To illustrate the difference, let’s consider another type of whistleblower: a graphic designer who works for a company that creates Web sites for its clients. The graphic designer’s boss directs him to steal images from the Internet without permission, and wants him to use these stolen images for commercial use by creating and designing Web sites for their customers. The graphic designer reasonably believes that his employer is violating copyright laws, and advises his supervisor that he will not participate in such illegal activity. In retaliation, the employer demotes the graphic designer to a position with less hours and pay. This graphic designer may have a legal cause of action under CEPA if he worked in New Jersey, but he would probably not have a similar legal claim for whistleblowing if he worked in New York. That’s because the New York law would require that the graphic designer prove that his employer’s fraudulent activities present a substantial and specific danger to the public’s health or safety. That’s a much higher threshold than what the New Jersey statute currently requires.

The Anti-Whistleblower Exception: Potential Changes in the Law to Look Out For There is, however, a potential loophole in what has otherwise been the strong protections afforded by New Jersey’s Whistleblower Act. At issue, is whether employees who report violations of the law as part of their regular job responsibilities are still whistleblowers who should be protected from retaliation under CEPA.

Some recent court cases highlight why this issue has become a slippery and divisive area in the law.
In 2008, the New Jersey Appellate Division ruled on a case involving a security operations manager for New Jersey Transit who was fired after she reported security breaches that posed a potential safety risk to travelers. In the case of Massarano versus NJ Transit, the Court ruled that the Plaintiff employee was not wrongfully terminated, because she was not the type of whistleblower that should be protected under CEPA. Instead, the Court ruled that she was “merely doing her job” by reporting the violations, and thus New Jersey Transit did not violate the law by firing her.

Advocates of employee rights fear that if the New Jersey Courts uphold this so-called anti-whistleblower exception, it will become easier for employers to insulate themselves from lawsuits under CEPA. For example, employers could simply require all of their employees to sign a form saying that they will report any violations they see. Thus, employers would be able to claim that reporting violations was simply a part of their employees’ regular job responsibilities, and under the anti-whistleblower exception, these employees would have no recourse if their employers then retaliated against them for blowing the whistle. Employee advocates argue that such an interpretation of the law would effectively dismantle the very spirit and intended purpose of CEPA.

In 2011, the New Jersey Appellate Division similarly ruled against another whistleblowing employee who had brought a case 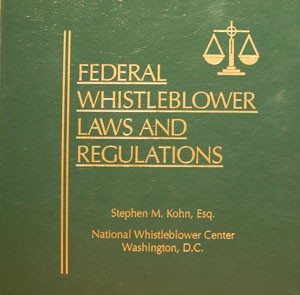 against Starbucks. In White versus Starbucks, a former Starbucks manager sued her employer on the grounds that she had been forced to resign after reporting unsanitary conditions and violations of wheelchair access laws to her supervisors. Relying on the Court’s decision in the 2008 Massarano case, the New Jersey Appellate Division issued an unpublished opinion that the employee should be denied protection under CEPA because reporting these types of violations fell “within the sphere of her job-related duties.”

Currently the New Jersey Supreme Court is reviewing the Massarano versus NJ Transit case, and will effectively determine the fate of the Whistleblower Act. What the Court decides could either uphold the traditionally strong protection for whistleblowers under CEPA, or make it much harder for whistleblowers to be protected from retaliation by their employers. Stay tuned…

The information and materials in this blog are provided for general informational purposes only and are not intended to be legal advice. If you believe you have a potential employment litigation claim, please contact the attorneys of Hyderally & Associates, P.C. at 973-509-8500.